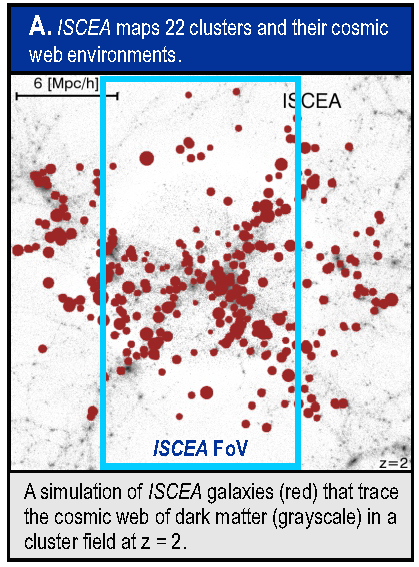 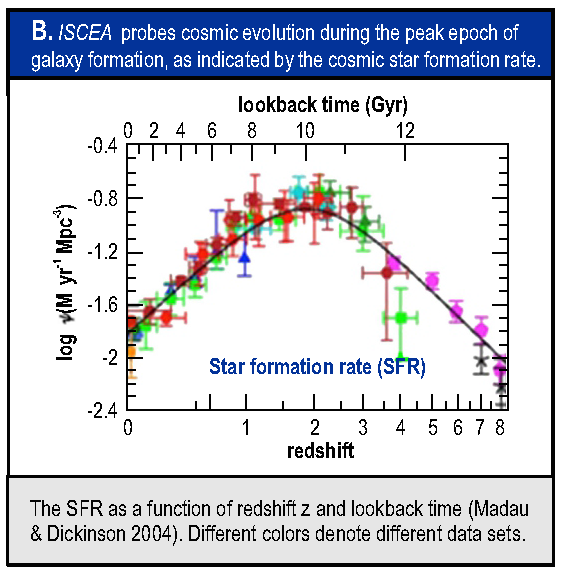 We live in the Milky Way galaxy, one of trillions of galaxies, in a vast Universe with the invisible cosmic web of dark matter as its underlying structure. Galaxy clusters emerge from the cosmic web at the intersections of ﬁlaments, accreting lower mass halos including galaxies and groups that ﬂow in along these ﬁlaments. Galaxy clusters are the most massive gravitationally bound structures in the Universe. Believed to have begun their assembly at redshift z > 2, clusters provide insights into the growth of large-scale structure as well as the physics that drives galaxy evolution.

ISCEA addresses the fundamental questions of how and on what timescale the environment in which a galaxy resides regulates its growth and star formation history, and determines its observed morphology (spiral or elliptical). ISCEA answers these questions by mapping 22 galaxy clusters at redshifts 1.6 < z < 2.4 and their surrounding cosmic web during the peak epoch of galaxy formation, obtaining >140 galaxy spectra inside each cluster, and >500 galaxy spectra in the cosmic web surrounding each cluster, to measure star formation rate (the key indicator of galaxy evolution) with 10% shot noise as a function of redshift, cluster host halo mass, and local mass density. 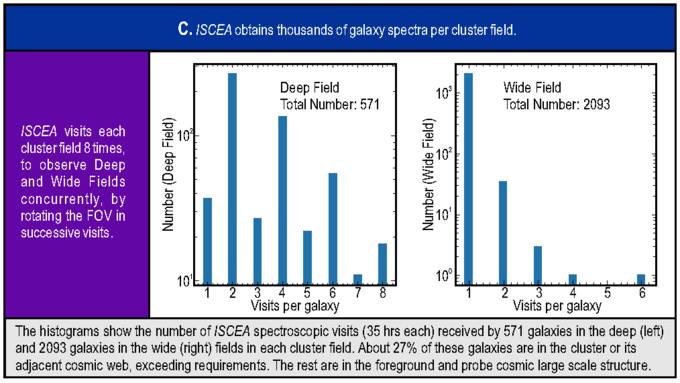 To meet its science objectives, ISCEA achieves a pointing uncertainty over 200 sec  < 2″ FWHM, to take 500 individual galaxy spectra simultaneously. ISCEA obtains galaxy spectra with S/N ≥ 5 for the strongest emission line or absorption feature in each, to remove data artifacts and noise peaks, leading to accurate redshift measurements for mapping each cluster and its cosmic web environment in 3D.

ISCEA is a game changer in understanding galaxy evolution, providing more than a factor of 10 increase in the scale and resolution of 3D galaxy maps of clusters compared to current observations. ISCEA advances the NASA astrophysics objective, “to discover how the Universe works, and explore how it began and evolved”, and addresses the SMD science goal, “Explore the origin and evolution of the galaxies, stars, and planets that make up our Universe”. ISCEA addresses the Explorers Program Goals and Objectives by gathering “Big Science" data at an extraordinary value from a SmallSat. 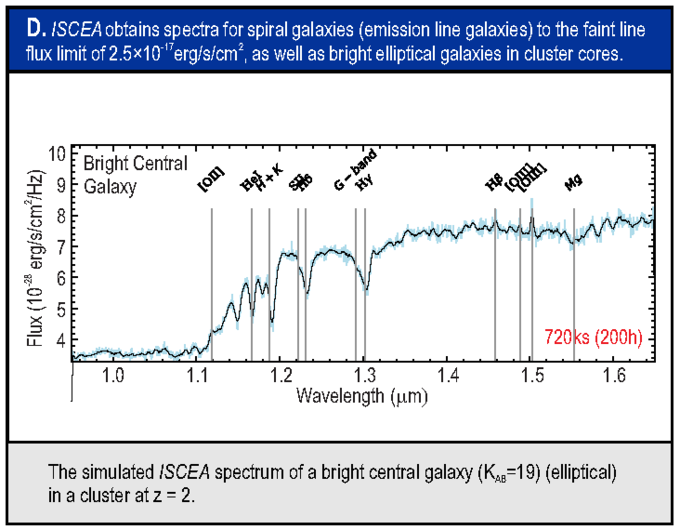