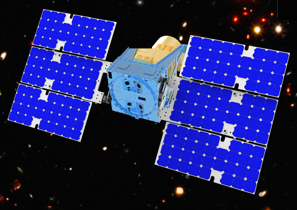 The proposed Infrared SmallSat for Cluster Evolution Astrophysics (ISCEA) mission will significantly advance our understanding of galaxy evolution through observations of galaxy clusters and their cosmic web environments. These observations will help us understand how galaxies evolved in the cosmic web of dark matter during the peak epoch of galaxy formation.

ISCEA will conduct a complete census of the star formation activity in a large mass-limited sample of the earliest thermalized galaxy clusters by mapping the 3D distribution of galaxies down to a star formation rate limit of 5 solar masses per year to a radius of 10 Mpc for all clusters more massive than 1014 solar masses at 1.6 < z < 2.4, while simultaneously probing the surrounding cosmic structure as traced by emission line galaxies. These observations will permit a detailed study of the star formation activity as functions of cluster mass, radius and environmental density over the key Gyr in which clusters coalesced from the cosmic web, providing key insights into galaxy evolution during this critical epoch.

The ISCEA instrument is an innovative cost-effective multi-"slit" near-infrared spectrograph from Southwest Research Institute, with a field of view >200 times that of the Hubble Space Telescope; it is capable of observing >500 galaxies simultaneously over a range of 0.9 to 1.7 µm, a regime not accessible from the ground without large gaps in coverage. Pointing control of better than 2 arcseconds (3 sigma over 200 seconds) is provided by the Blue Canyon Technologies, Inc. high performance 150 kg class small satellite. The full complete mission cost for ISCEA is less than $35M, plus NASA provided launch.

ISCEA (PI: Yun Wang) was selected by NASA for a mission concept study in 2018. Click here to download the ISCEA fact sheet.